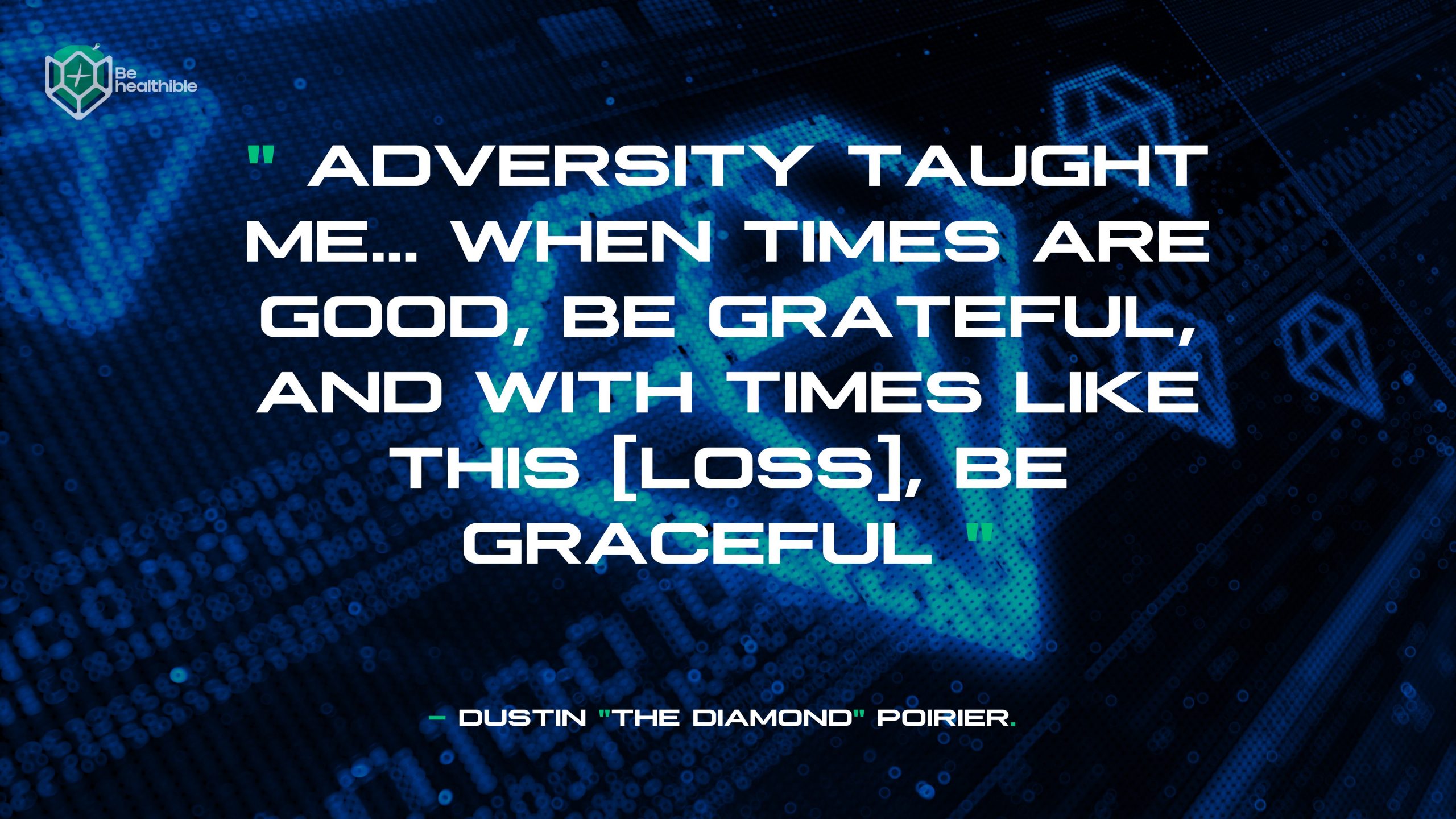 1:46, a shot to the temple creates a deafening reverberation of Irish chants. A symphony that was the backdrop to Dustin Poirier’s world crashing down. Heartbreak, “notoriously” overshadowed by the inception of Conor McGregor, probably felt like he had vegas syndrome.

Down, but far from out, Dustin refused to “look in the rearview”, but instead chose to embark on a warrior’s path towards ultimate glory and lightweight supremacy. A treacherous road that would span nine long years.

With his destination at arm’s reach, he could almost measure it. But there was a diversion. Imagine being told that you must take a U-turn and travel another 7,800 miles, to a desert, in the middle of nowhere. Not only that but where you will be pitted against the undefeated, number one pound-for-pound fighter in the world, Khabib Nurmagomedov. A feeling unbearable to most.

A pair of guillotines that forced the world to stop, and with a valiant effort later, Dustin was left in the eighth corner of the octagon, with nothing but the regret of an onerous career that “set him up for this moment”, just to come up short.

But in his lowest moments, he reminded us that there’s “still tread left in the tyres” a self-belief strong enough to traverse the deserts of Abu Dhabi, with a pit stop for a barn burner with the “hangman”, and to finally, travel full circle for a bout against arguably the most sought after fight in combat sports history, and a chance at redemption with an old adversary, Conor McGregor, but this time with a toolbox fit for the job.

An unfinished story, too dramatic for film, that teaches us that the road to achieving your goals is long and sometimes arduous, but indeed in due course, you’ll reach your destination, and for Dustin’s sake I hope that January 24th is host to such.